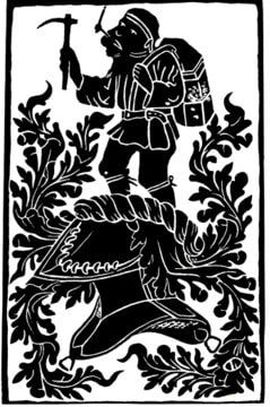 is an ancient mining custom,
​practised in the FOREST OF DEAN since ​'TYME OUT OF MYNDE' 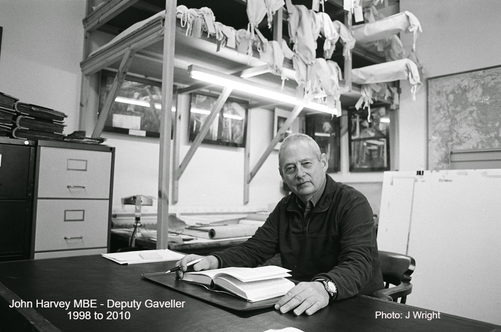 For as long as there have been people living between the Rivers Severn and Wye, they have been extracting useful minerals from the ground beneath their feet. Tools found at ancient mine sites, show there has been mining in the Forest of Dean from prehistoric times. Ochre, iron and coal mining was well established by the time of Roman occupation of the area. A little later, from Crown records, we know Forest of Dean mining skills were valued by medieval kings, they were often taken on campaigns, around the country, to Scotland and France, even to the extent the king might ask for certain Freeminers by name. The Forest of Dean became one of the most important coal and iron mining districts of Britain. It's from the early medieval period that the first known written records of Freemining customs begin.

Gales.
​
A Freeminers' holding, or area to work, is known as a gale. Gales are  an area of land below the surface, granted to a Freeminer by the Crown,  with the right to mine coal, iron ore, stone and other specified minerals. ​Today Freemining is regulated by Acts of Parliament, under supervision of the Gaveller who is now represented by the Forestry Commissioners and their Deputy Gaveller. The Deputy Gaveller's role is recorded from 1464, but since 1838 the position is a statutory one; collecting Crown royalties and ensuring rules, regulations and laws that apply to Freemining are followed.
​
Freeminers today.

​​As well as practising traditional mining, Freeminers hold their meetings at the Speech House in the traditional centre of the Forest of Dean. From the 12th century, Freeminers held Mine Law Courts at St Briavels Castle, which became the administrative centre for the Hundred, until the Speech House was built in 1676, almost 350 years ago. The Speech House was the 'King's Lodge,' built to house local courts, hence the name. The Crown leases the building as a hotel, but Freeminer's meetings and Verderers' courts are still held here. The last judicial Mine Law Court was held at the Speech House in 1777, even so, the Freeminers' Association continues to hold important meetings here, in the Forester's Room. There isn't a register showing when a Freeminer dies, but there are thought to be around 100 Freeminers alive today.

​Currently there are six operating collieries, one iron mine and several small stone quarries working, so there are places for potential Freeminers to complete their ‘year and a day’ to qualify for registration. Freemining is learned on the job, through being a 'vern' (novice miner) accompanying a skilled Freeminer.

In conjunction with the Heritage Lottery Fund and Forester's Forest, the Freeminers' Association actively encourage new (and  particularly younger) people to become involved, to learn Freemining skills, and create more opportunities for passing on this unique tradition.

If you would like to become involved, whether eligible to become a Freeminer, or as a person living locally and interested in learning more, please get in touch with the Association; details above.